Experience Canada's best city for students, where Old World meets innovation. Venture on cobblestone streets as skyscrapers serve as the backdrop of Montreal, a city buzzing with the energy of diverse cultures. Be part of the international vibe at McGill University, Canada's top institution and host to students from more than 150 countries. Take courses in English while you practice French with local students or challenge yourself to language courses. During down time, immerse in festival and foodie culture with 100 festivals each year and 6,000 restaurants to explore, and enjoy the abundance of green space, including the Parc Mont-Royal.

McGill University is spread out over many blocks near downtown Montreal, a progressive, liberal and friendly city. It’s an English-speaking oasis within the French-speaking province of Quebec. Since its founding, McGill has grown from a small college into the best-ranked university in Canada. With students from over 150 countries, you’re guaranteed plenty of internationally inspired discussions in class. McGill’s Nobel Prize-winning research on radioactivity as well as alternative energy projects keep it on the map for world-renowned research. Having launched over 125 successful startups, the McGill Dobson Center for Entrepreneurship offers intensive programs to accelerate lean startups.

McGill is a place where people come to hone their intellect—but it’s not all work and no play. The very first modern football games were played between McGill University and a squad of students from nearby Harvard. The world’s first official hockey team started at McGill and McGill grad, James Naismith, invented basketball as an athletic distraction for young people stuck indoors during the winter. In addition to a rich athletic tradition that includes many Olympians, thousands of McGill students participate in the hundreds of clubs, associations, and community groups that enrich Montreal and contribute to a vibrant campus life. 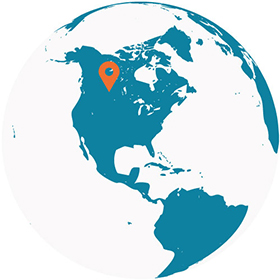