Take Scandinavian area studies, enjoy field trips and extracurricular activities and experience life in Oslo, a city that serves as a symbol of peace and the home to the Nobel Peace Center.

You’ll attend classes at UiO's International Summer School on the main campus of Blindern. As an summer school student, you’ll have access to many campus amenities including sports facilities, a gym, 19 different libraries, the campus bookstore and grocery store, and a computer lab. 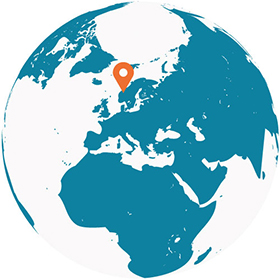 White water rafting or hike or in mountainous Jotunheimen

Program trips to the islands